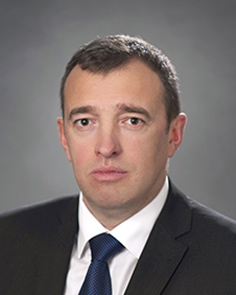 Georgi Alexandrov was born on 17 November 1972 in Sofia.

In 1991 he graduated the Georgi Benkovski Bulgarian Air Force Academy in Dolna Mitropolia with a major in the Aviation Equipment of Aircraft. In 1997 he took his university degree in the University of National and World Economy and in 2011 he received a master’s degree in National Security and Defense at the G.S. Rakovski  Defense and Staff College. He specialized in marksmanship in a second master’s program “Sports for high achievements” at the National Sports Academy Vassil Levski.

In 1995 he worked on the PHARE and UNDP programs.

In the period 2000-2005 he was manager in charge of Security at Radisson SAS.

In 2005 he worked as a logistics expert and military contractor in a couple of military bases in Germany, Poland, Latvia and Bulgaria.

Since 2014 he has been working on a program for primary military training and restoring it in the secondary schools and higher institutes and also for restoring the children’s and youth camps for recreation and sports. He is a part-time lecturer in weapons studies and training in shooting.

He was appointed as Adviser on Youth and Sports by virtue of the President’s decree No. 84 as of 9 February 2017.