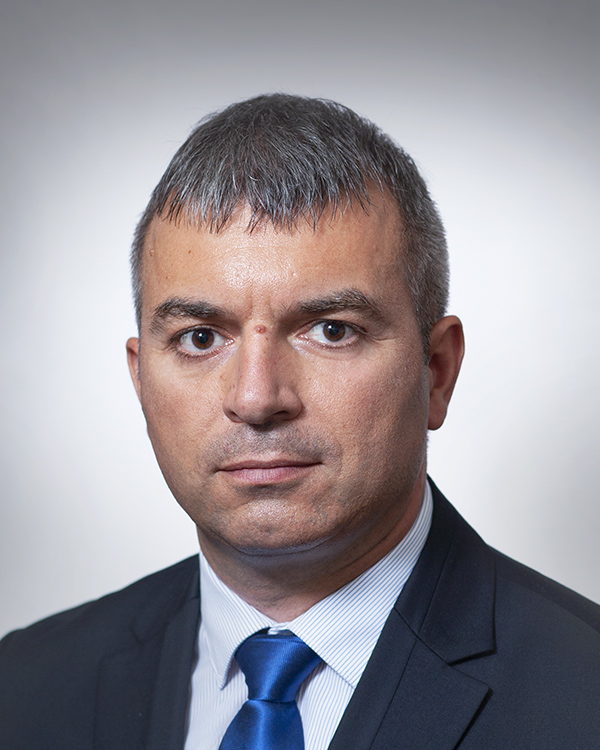 Stefan Godzhevargov was born in 1976.

He completed his secondary education in the Ivan Vazov high school for foreign languages in the city of Plovdiv in 1994.

In 1999 he graduated the Georgi Benkovski Air Force Academy in Dolna Mitropolia.

In 2016 he received a master’s degree from the National Defense University in Washington, USA.

In the period 1999-2004 he occupied the position of senior technician in Military formation 28000 (3rd air base) – Graf Ignatievo.

In the period 2004-2008 he worked as an inspector in the Security – military police and military counterintelligence regional service in Plovdiv.

He is fluent in English and Russian.

He was appointed as Advisor on Security and Defense by virtue of the President’s decree No. 119 as of 16 June 2020.