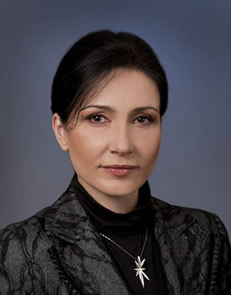 Born and completed high school in Sofia. Master’s degree in Bulgarian Studies at Sofia University St. Kliment Ohridski, and a degree in legal education from the University of National and World Economy. From 1990, worked, respectively as an English teacher, a reporter at the foreign news and domestic news desks of national newspapers, including Standart, 24 Chassa and Continent. From 1998, occupied successive positions, as press officer, expert, senior expert and chief expert at the Ministry of Justice. From September 2007 to December 2011, she was the director of Public Relations and Protocol at the Ministry of Justice.

She has been appointed Culture, Spiritual Development and National Identity Secretary of the President of the Republic of Bulgaria by virtue of decree as of 3 may 2021.