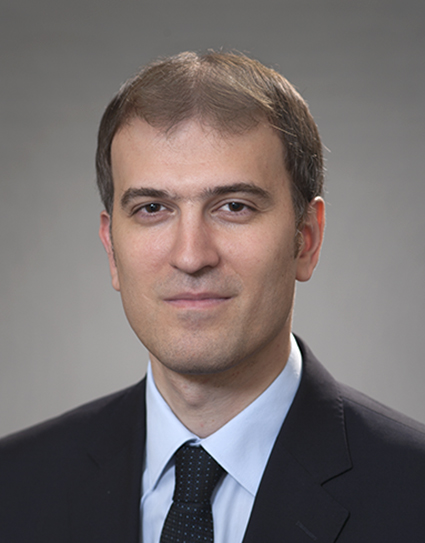 Kiril Atanasov was born in 1981 in Sofia.

He completed his secondary education at 56 Prof. Konstantin Irechek high school in 2000.

In 2005 he took his Bachelor’s degree in International Relations at the University of National and World Economy. He participated in projects and research conducted by UNWE and NGOs in the area of foreign policy. He specialized in the Balkan Countries field and in 2008 he completed the Master’s program in International Relations in UNWE. In 2016 he specialized at the Communication and diplomacy course of the French National Administration Institution (ENA) in Paris.

In 2008 he started work at The Administration of the President of the Republic of Bulgaria and consecutively held the positions of junior, senior and chief expert in the Public Relations Directorate. Since 2017 he has held the position of Head of Department.

By virtue of a decree as of 30 July 2020 he has been appointed Media Relations Secretary of the President of the Republic of Bulgaria.

He speaks English and has a good command of Spanish.